If you’ve heard us say it before, we’re saying it again: Internet Explorer needs to be laid to rest. Don’t believe us? Keep reading to find out why you need to say goodbye to using Internet Explorer and say hello to a better browser!

Microsoft Has Distanced Itself From Internet Explorer 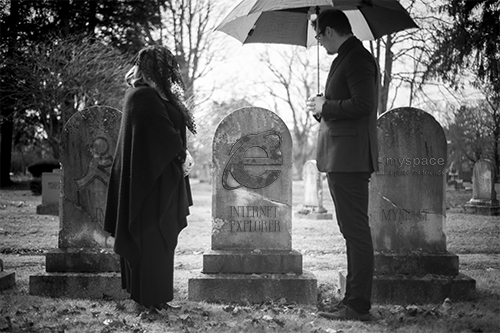 2020 has become the year that Microsoft has decided that Internet Explorer is really and truly dead. In 2016, Microsoft stopped supporting versions of Internet Explorer 7, 8, 9, and 10, which means they no longer release any security updates or patches.

This year, IE10 support ended in January and Windows 7 will no longer be updated either. 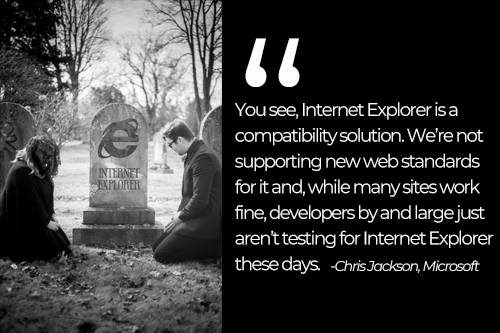 Microsoft itself has even said that you should no longer be using any version of Internet Explorer to browse the web. Microsoft’s goal has been to replace Internet Explorer with a new browser called Edge. Microsoft Edge was first released in July of 2015. Its newest version is based on Chromium.

If Chromium sounds an awful lot like Chrome to you, you’re not too far off, because Chromium is actually based on Google’s open-source browser engine. By creating a Chromium-based Edge browser, Microsoft has finally joined the open-source community.

Even when Microsoft created the first release of Edge in 2015, it was plagued by web compatibility issues. Another thing that makes Chromium-based Edge a positive?

Internet Explorer Isn’t ADA Compliant Or Up To W3C Standards

Not familiar with what it means to be ADA compliant? To put it simply, a website must comply with the Americans With Disabilities Act (ADA).

If a website doesn’t, it results in barriers that are a violation of civil rights, limiting communication and participating in society. Here’s the problem: Internet Explorer is a woefully inadequate browser on a good day.

If you’re an Internet Explorer user, then you’re already familiar with the frustrations that come along with it. Web pages look wonky, pages load slowly, or sometimes they won’t load at all! It’s all in a day’s frustration when you have Internet Explorer as your primary browser.

When it comes to accessibility, web developers follow the Web Content Accessibility Guidelines (WCAG). WCAG and W3C Standards work towards the goal of providing a single shared standard for web content accessibility. This is important for people using the internet that have disabilities.

The problem? Even Microsoft has admitted that Internet Explorer is a “compatibility solution”, meaning that if you use an older version, you end up using a 1999 implementation of web standards by default. Imagine trying to navigate any website with 1999 web standards and you have any kind of disability. It would be nearly impossible!

Step Away From Internet Explorer And Find Another Browser 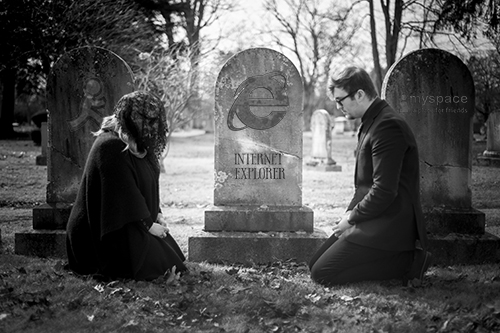 We know it’s hard but you need to step away from Internet Explorer and find another browser. We personally recommend Google Chrome but there are other browsers that work!

Any other browser will be an improvement over using Internet Explorer to browse the web. Try Safari if you have a Mac. Give Firefox a shot if you want something sleek, fast, and easy to use.

Internet Explorer may have been what was hip and cool in the nineties, but it’s not hip, cool, or even functional now.

Need a new website now that you’ve seen yours without the Internet Explorer tinted glasses? Glacial Multimedia is here to help! Contact us now to talk about website design, digital marketing, and more!