At Glacial Multimedia we have been getting a lot of requests for information regarding paid search for LASIK and Ophthalmology practices so we decided to look at a few cases. We wanted to share the characteristics of successful paid search endeavors so that you may learn about what works for the sake of somewhat emulating them. 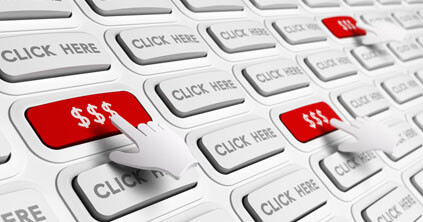 The first mistake we made early on when we first started with paid search was not to encourage larger budgets. When we began working with bigger budgets we noticed a positive correlation between budget size and lead totals—as budgets get bigger, lead totals seem to grow at an exponential rate. Just a few thousand dollars more per month could lead to a great deal more leads than the first thousand spent. This really got me thinking, and I coined this as the lead expanse threshold—this is the point at which a high PPC budget can exponentially improve your lead totals. With a low ad spend, your ad will routinely disappear. It was the issue of not being present all the time that caused the leads to be in lower volumes. It was nothing to do with demand or interest, and when budgets were increased this changed. Of course success tends to vary by region and this is an x-factor.

PPC is very finicky by region. Some areas just perform better than others. Competitive markets can be tough because the budgets need to be very high. Rural or older populated markets can also be difficult depending on what you are selling.

At the end of all this work we have concluded that if certain paths are followed, the success will also come. Just make sure that when the leads do come, you have a lead follow-up solution. Not every person can buy tomorrow and you must respect this and nurture this to fruition.